Take a look at this year’s Conference Program. The schedule offers more than 160 learning opportunities with presenters from around the globe, plus several chances to network with colleagues. Link to the different sessions from the left menu.
Bring your team to Madison and take advantage of the Group rates and other Group Offerings. Go to the Registration page to see other conference fees and links.
Unable to join us on site? Then we encourage you to sign up for one of the two Virtual Options available this year. Rates available for individuals or groups.

The Annual Conference on Distance Teaching & Learning is recognized internationally for the quality and integrity of its program. Each year the conference provides an exchange of current resources, research, and best practices from around the world that are relevant to the design and delivery of distance education/training.

For many potential students a full-time, campus degree is not an option. So could distance learning be the answer? 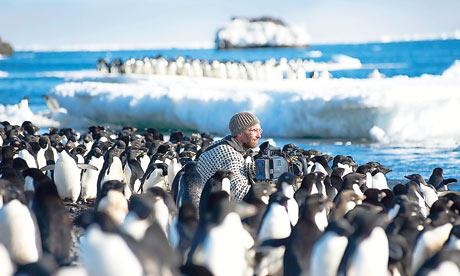 As prospective students face up to the increased cost of higher education, universities have become keenly aware of the need to offer cheaper options. Higher education providers are, as a result, increasingly looking to develop novel, workplace-relevant distance learning versions of degrees, which they say are considerably less expensive than that of a full-time, on-campus experience.
Such innovation is already paying dividends at the Open University (OU), for example, where a higher than average number of students recently signed up to a new course on the ecology and wildlife of Antarctica. Designed in conjunction with the BBC Frozen Planet series, for which OU academics acted as advisers and presenters, the course has unique footage shot on location specifically for OU students, exclusive access to BBC archive film and an interactive study website written by Dr Mark Brandon, a polar scientist involved in the making of the documentary. As a result, the OU has seen double the enrollment numbers it would typically expect for a new course.
Full Article: Distance learning | Education | guardian.co.uk.

Internet learning is becoming quite popular. Distance education allows students a chance to learn their subjects at their leisure. Convenience is another of the benefits that is found with internet educational institutions. Adaptive learning is an essential component of distance learning.
What is adaptive learning?
Adaptive learning tailors the educational process to the strengths and weaknesses of individual students. This method of teaching first came into being during the 1970s. However, the costs to implement adaptive technologies was unfeasible at this time. Recent advancements in the power of computers have made it easy for universities to instruct their students on an individual basis.
via How Adaptive Learning Technology Is Being Used in Online Courses | Edudemic.

Volume 15 of the Journal of Open, Flexible and Distance Learning. JOFDL 15(2), is a special theme issue on Open Educational Practices.
See: http://journals.akoaotearoa.ac.nz/index.php/JOFDL/
The contents are listed below.  Please pass work on through your professional networks.

Buzzwords in education have been in existence since the on-set of formal education as we know it today. Many of these terms come and go based on their usage and their context but some terminologies have withstood the test of time. Let us take a look at some of the common terms along with the chronology of how they evolved. END_OF_DOCUMENT_TOKEN_TO_BE_REPLACED

Accredited online colleges continue to increase in popularity as an alternative to campus-based education. We evaluated distance learning trends and built a list of technological necessities for online students. END_OF_DOCUMENT_TOKEN_TO_BE_REPLACED