Executive Summary
Open Educational Resources (OER) are a relatively new phenomenon which is fast gaining academic credibility as well as the attention of policy makers on a global scale. With increased funding by governmental and non-governmental organisations paired with generous philanthropy, the volume of rich OER available freely to the masses has grown exponentially. As with any new academic movement, the initial challenge for the OER movement was to spread this new philosophy into mainstream academia whereby the use of OER in teaching and learning becomes accepted practice. With strong advocacy by Open Distance Learning (ODL) institutions buttressed by organisations such as the Commonwealth of Learning (COL) and UNESCO, OER is currently achieving this objective and is rapidly gaining acceptance as a credible source of knowledge in many an academic community.
The whole philosophy of OER rests on a foundation consisting of two fundamental concepts which are (i) free and open access to knowledge; and (ii) the ability to freely adapt and re-use existing pieces of knowledge. Even though the OER movement has been quite successful in firmly planting the first concept in the academic community, the second concept of re-use and adaptation is still to take flight on a larger scale. Although there are many inhibitors to the wider adoption of the re-use concept of OER, one of the major inhibitors is the current lack in capacities among the various stakeholders to effectively utilise existing technologies to adapt and re-use OER. This in turn has created a community of passive OER consumers who are not contributing to the expansion of the movement.
The objectives of this report are to (i) explore the current technology landscape with respect to both proprietary as well as Free and Open-source Software (FOSS) technologies; (ii) identify techniques, actual and in development, for re-use of OER materials; and (iii) discuss the implementation in the context of a typical ODL agency.
This peer-reviewed report is a detailed catalogue of technologies available to teachers as well as learners for the re-use of OER material in the forms of text, HTML, audio, video and data. It also compares the technologies based on access, openness, usability and availability. The report will serve as a resource for teachers and learners for re-using OER mater.
Download: Commonwealth of Learning – A report on the Re-use and Adaptation of Open Educational Resources (OER): An Exploration of Technologies Available. 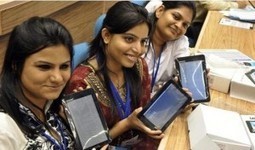