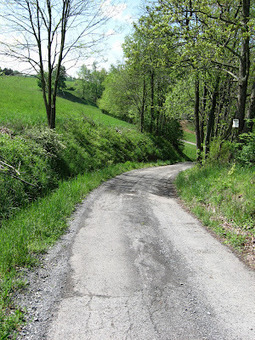 I recently heard a story about the building of a new university campus. Unusually, the architect hadn’t designed any pedestrian paths into his plan. When asked why there were no pathways between the buildings, he replied cryptically that he was waiting to see what happened. Soon, over a period of time, as students and staff walked between the buildings, they made their own tracks or ‘desire lines’ through the grass. Once these tracks had become established as the most natural and preferred routes, the architect ordered the builders in to pave over the tracks. ‘Better they create their own pathways’, he said, ‘than for me build them, and then for them not be used’. Instead of imposing his own ideas onto the community, the architect had crowd sourced his design.
Via steve-wheeler.blogspot.com