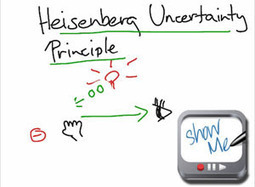 In 2011, the poster child of digital education was the Khan Academy, Sal Khan’s brainchild of over 3,000 lessons, but a new star is emerging for 2012 that’s taking Khan’s approach to the crowd. It’s a free whiteboard app called ShowMe that will currently play 1.5 million teacher-produced lessons. The first iteration of the app has been downloaded over 400,000 times. Now, with an updated version that empowers users to create, search and share lessons, it’s ready to emerge as a leader in the digital education revolution ushered in by the iPad.

ShowMe, like other whiteboard apps, captures what users draw on the iPad screen but it also records their voice. Creations are then stored and can be shared with others.